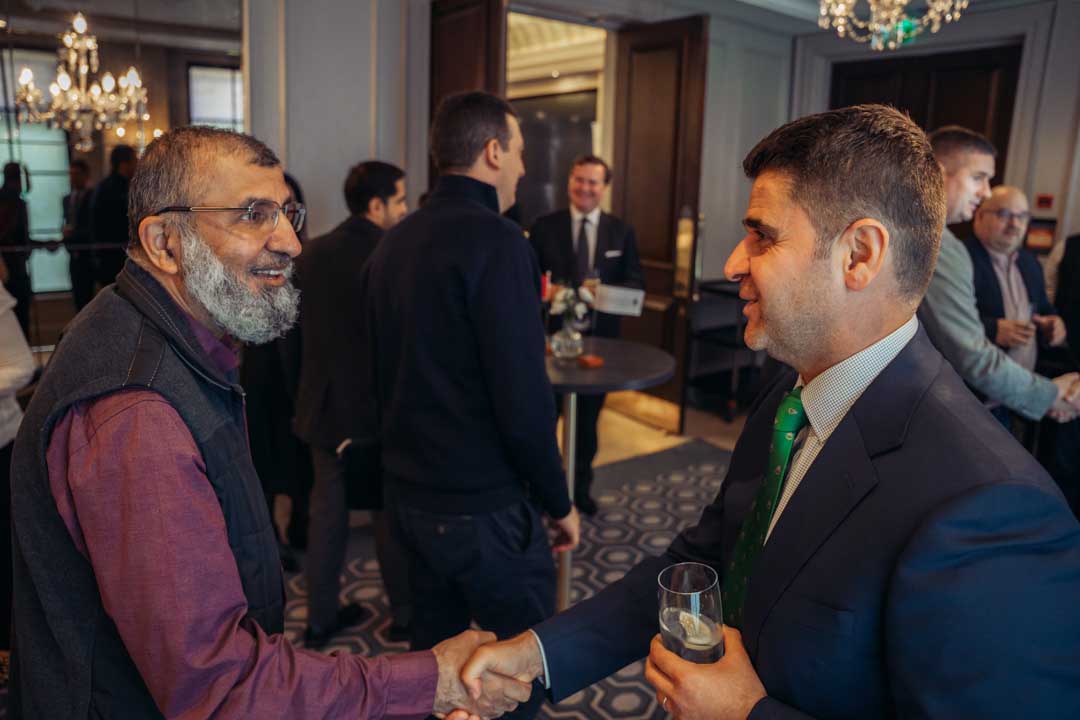 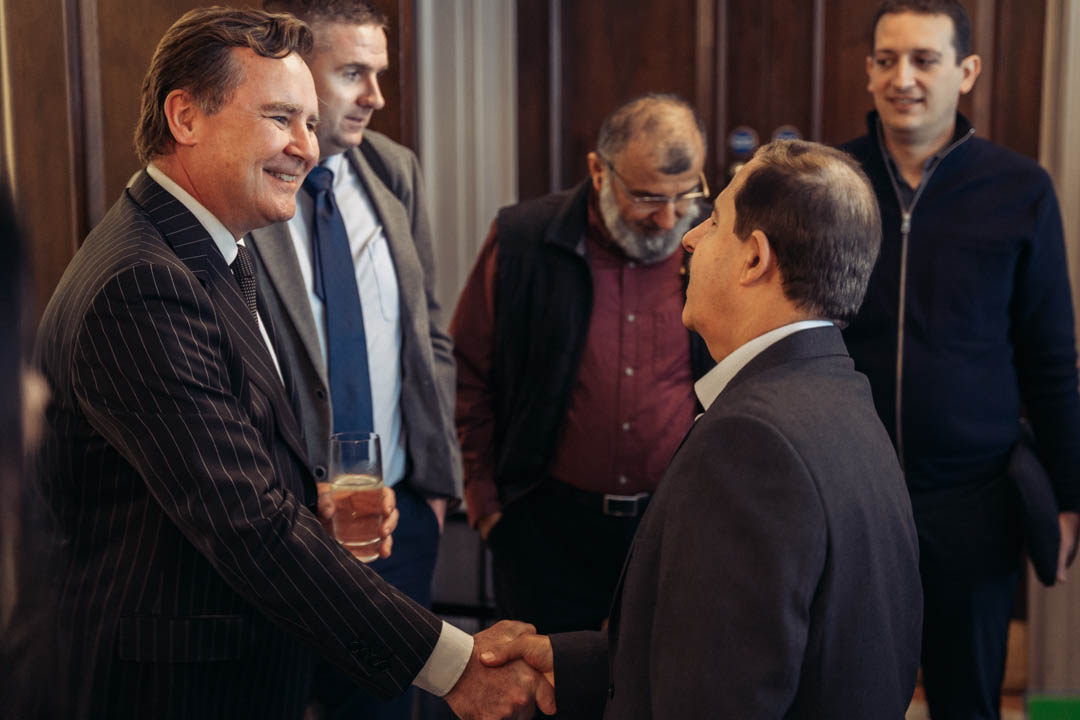 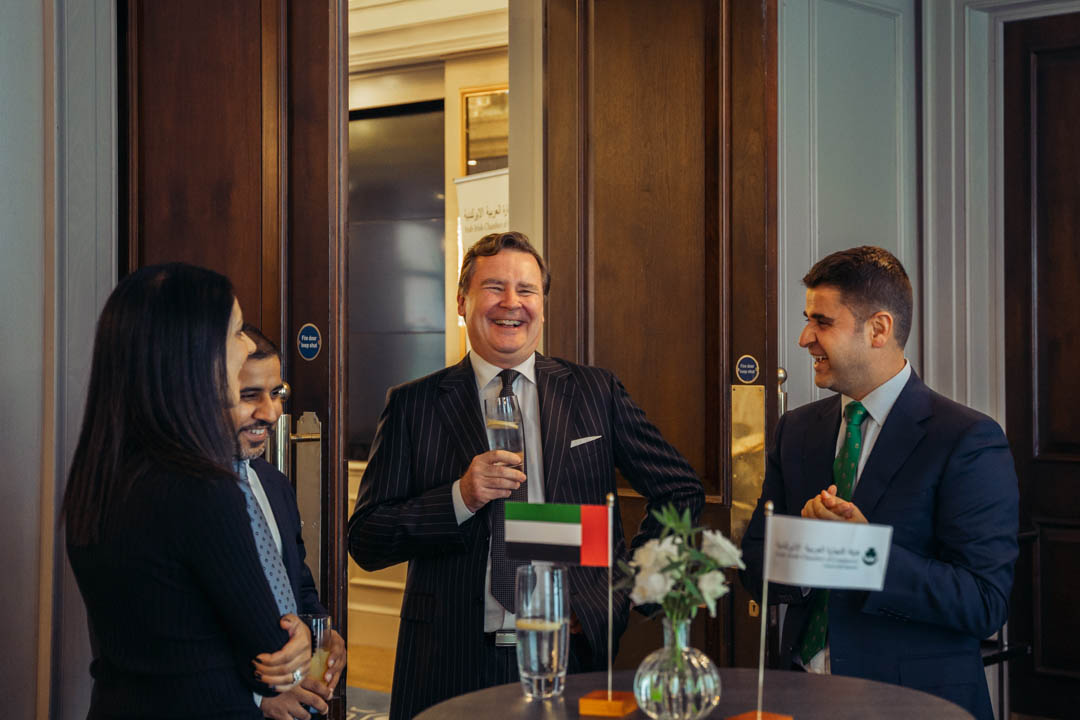 On Tuesday, 27th September, the Arab-Irish Chamber of Commerce hosted a lunch at the Westbury Hotel in Dublin city centre in collaboration with Mr Stephen Twomey and Eamonn Sikafi from Enterprise Ireland in honour of a trade delegation visiting from CIO Majlis Group in the United Arab Emirates. 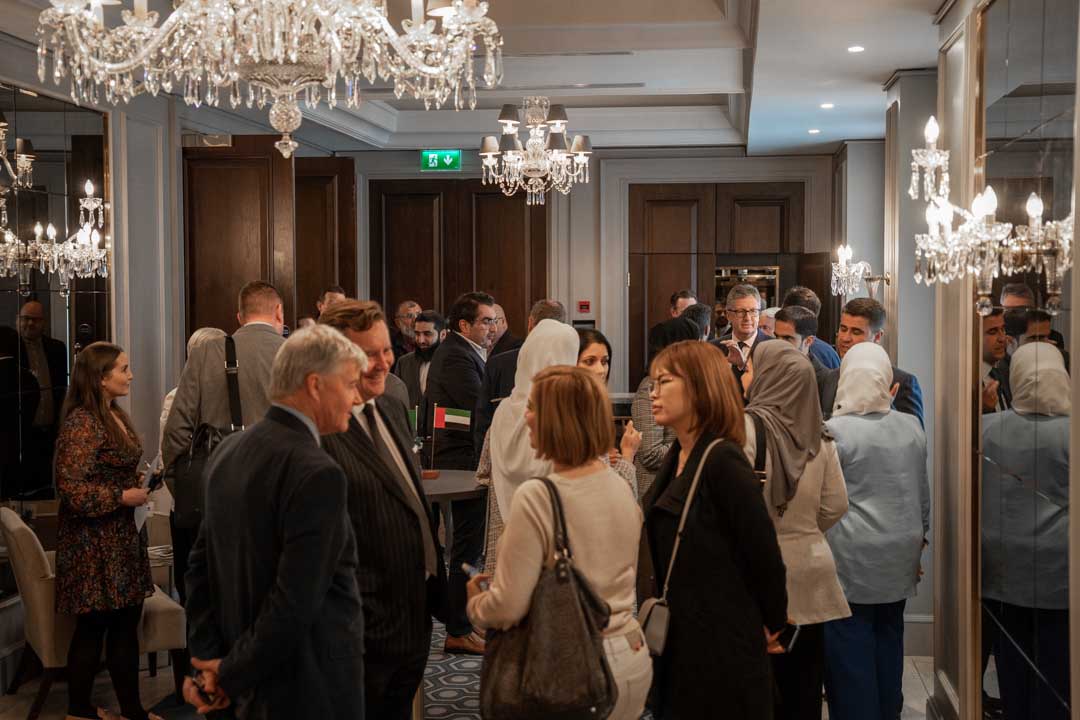 In attendance were officials from the United Arab Emirates Embassy in Dublin, Enterprise Ireland, business associations in Ireland and senior business leaders. 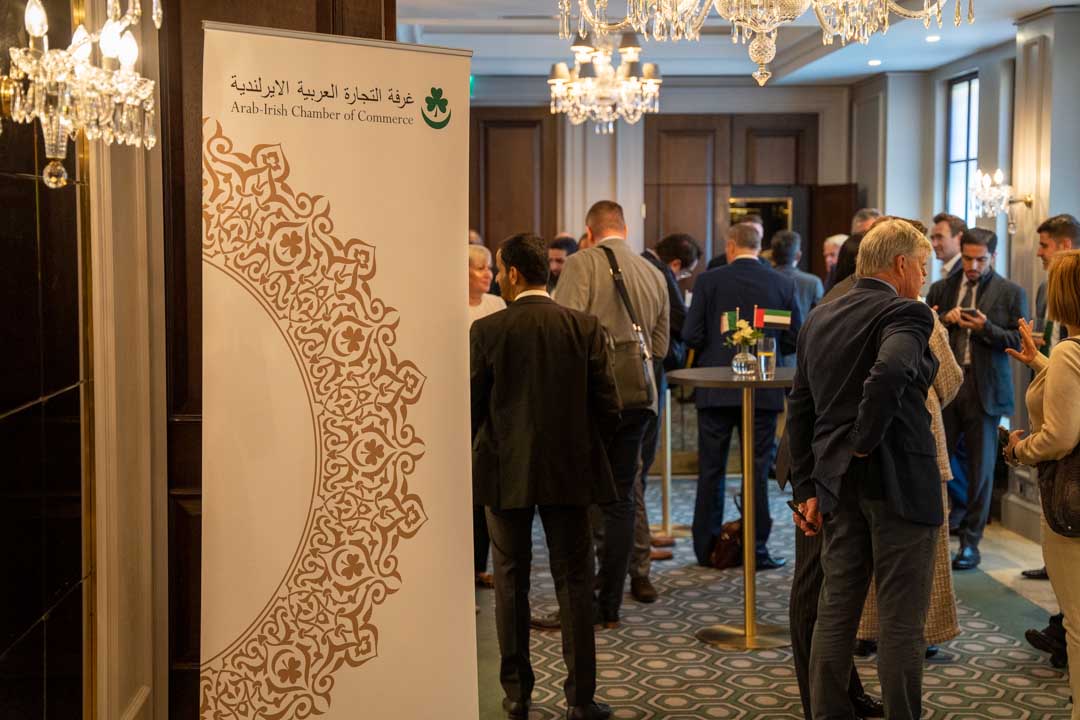 CIO Majlis (www.ciomajlis.ae) is a professional organization of business, government, and education leaders committed to contributing their expertise as it relates to technology innovation and its impact on society. The organization provides an international, multi- cultural venue for members to broaden their network through this exchange of thought leadership, seeking input from a diverse audience of stakeholders, and fielding resources to develop and sustain technology initiatives. By sharing industry insights with like-minded peers, professionals, and leaders, members benefit from access to rapidly advancing and most relevant technology topics. 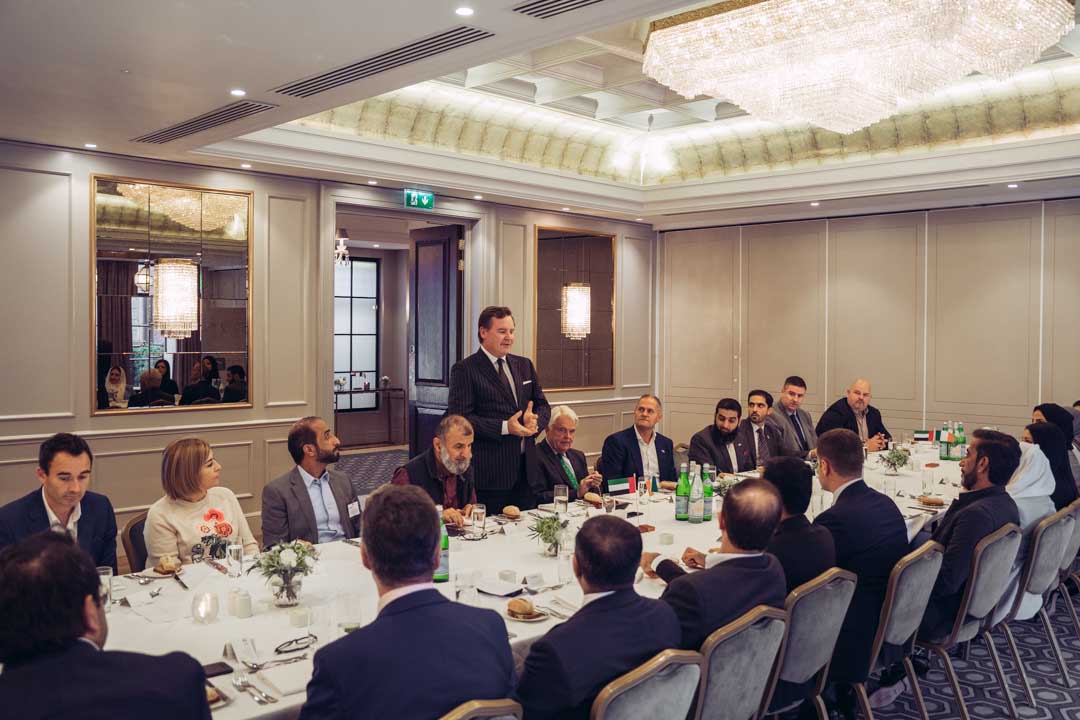 AICC Chairman Mr Enda Corneille welcomed the delegates and spoke of the successful trade
and cultural ties between Ireland and the United Arab Emirates, with access continuing to
improve with twice daily flights between the two countries. 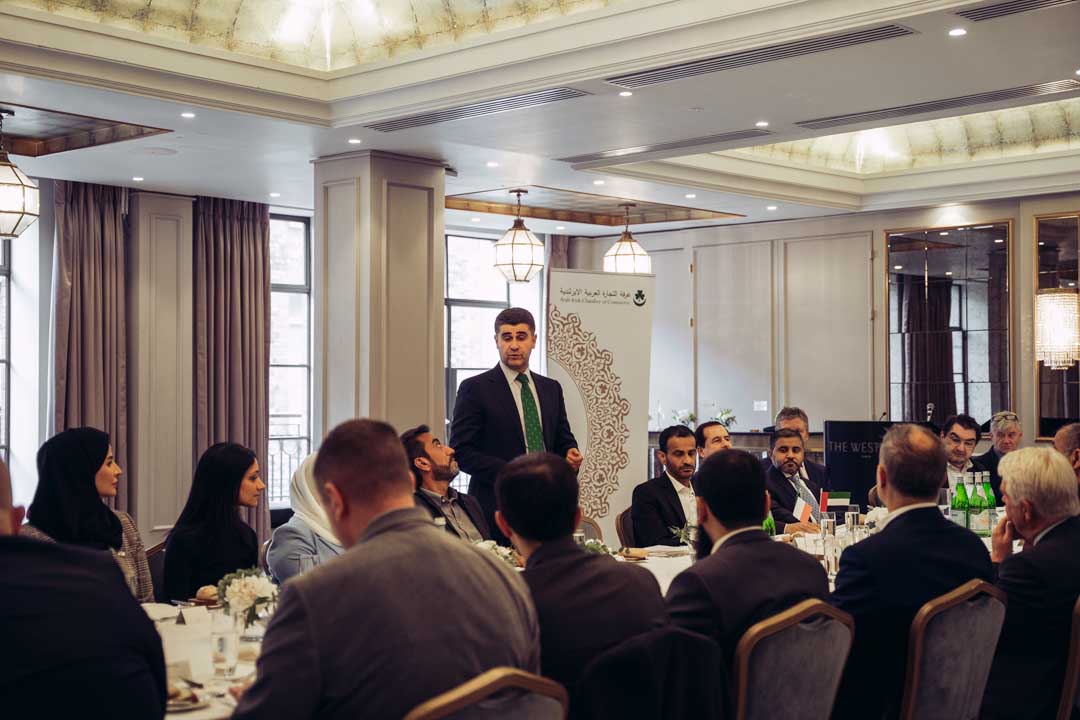 Addressing the gathering, AICC CEO Ahmad Younis noted that trade relations between Ireland and the UAE have doubled over the last ten years and emphasised the Chambers’s role over the past 35 years in ensuring goods and services continue to enter the United Arab Emirates easily. 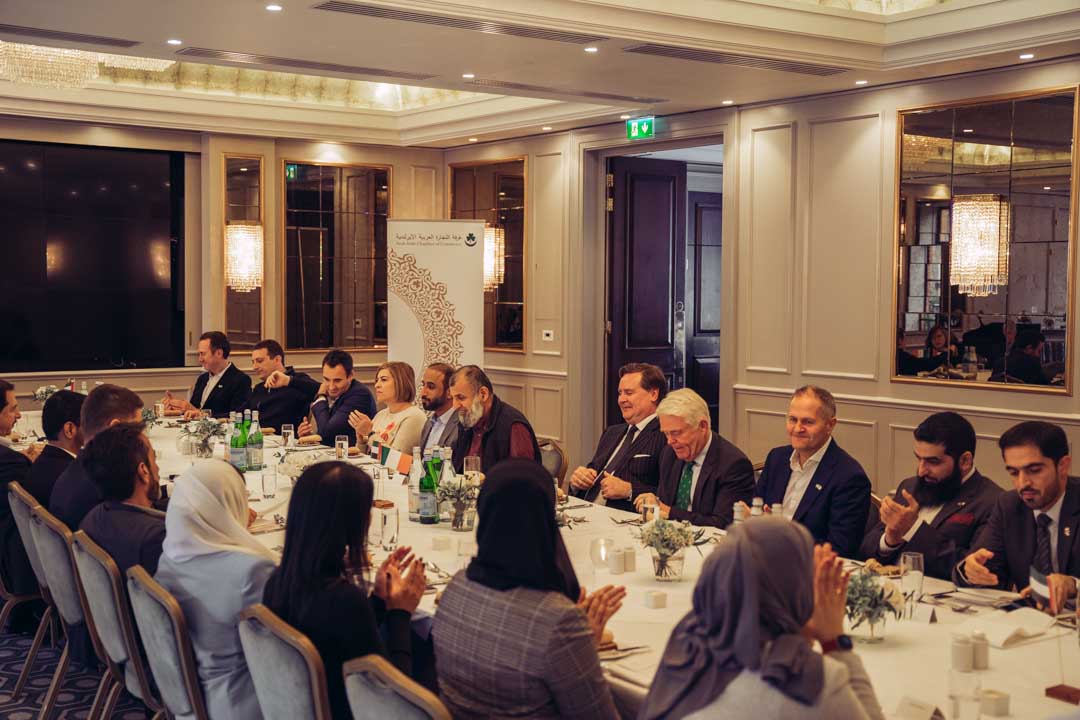 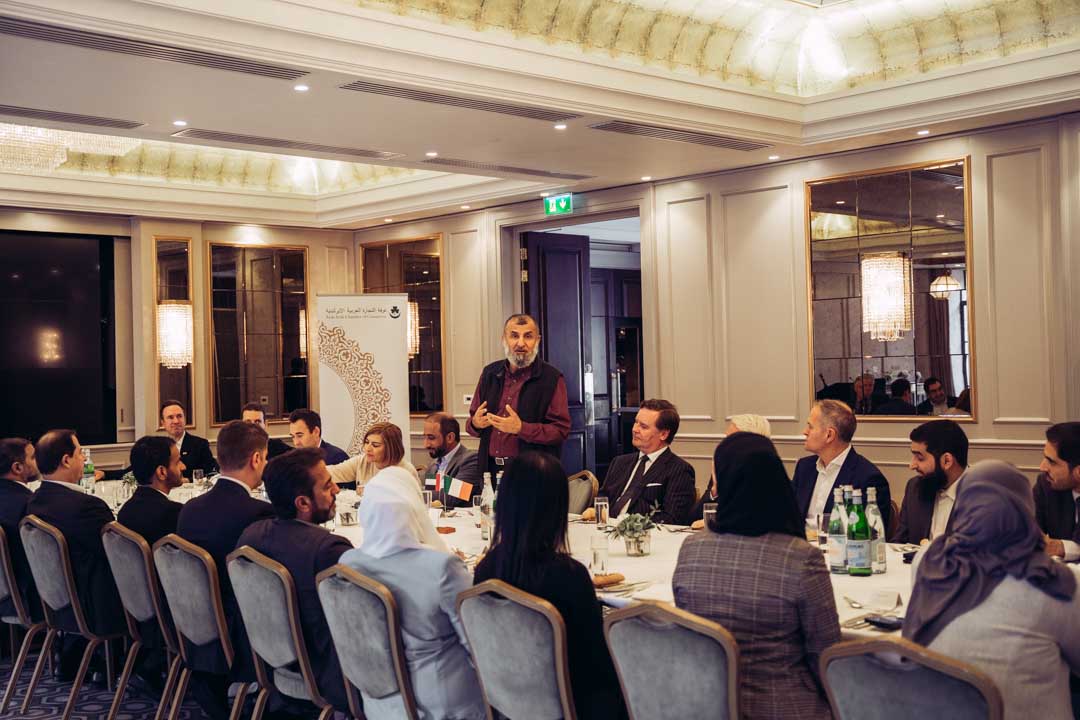 Mr. Ahmad Almulla founder and former chairman of CIO Majlis thanked the Chamber for its important role in facilitating trade links between the two countries. 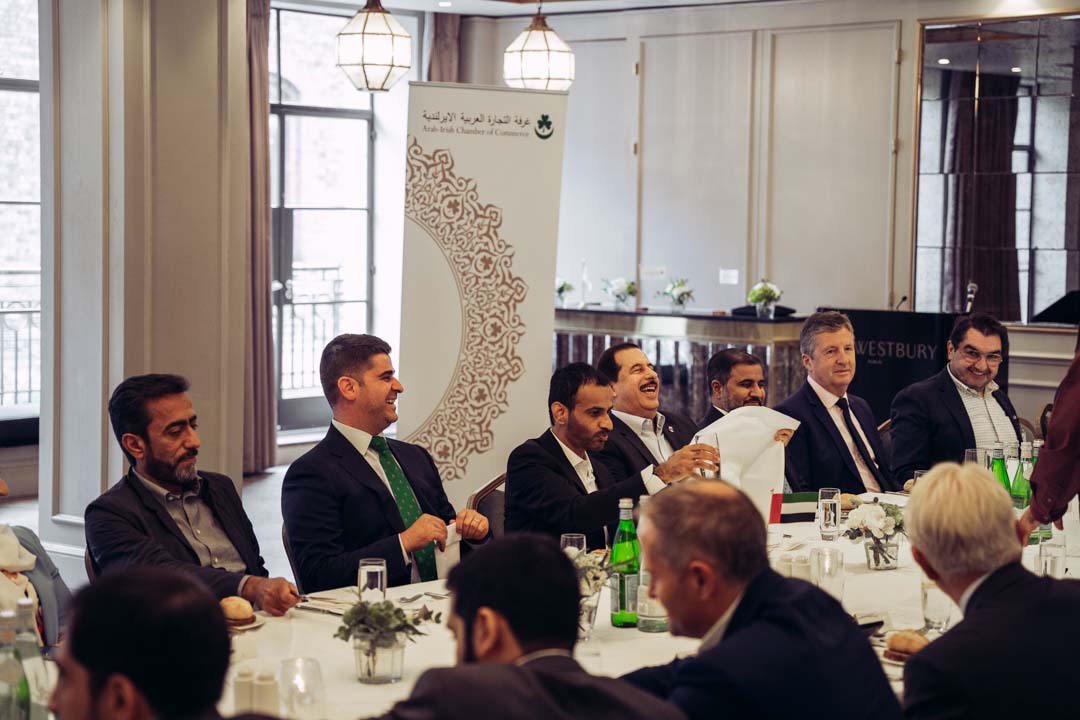 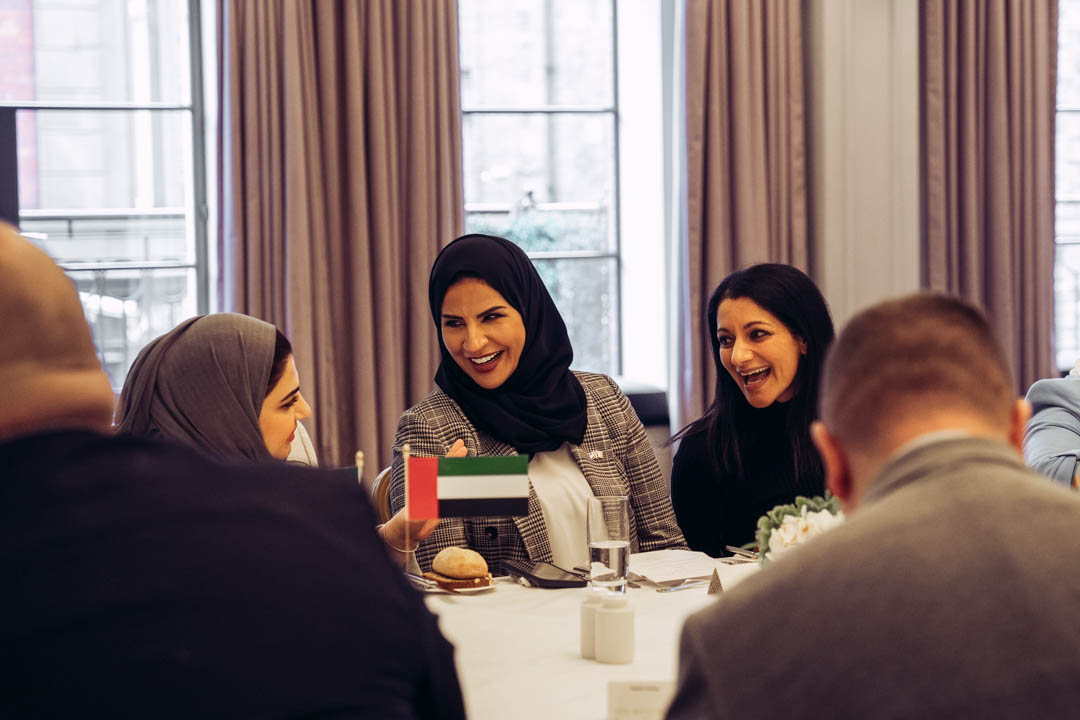 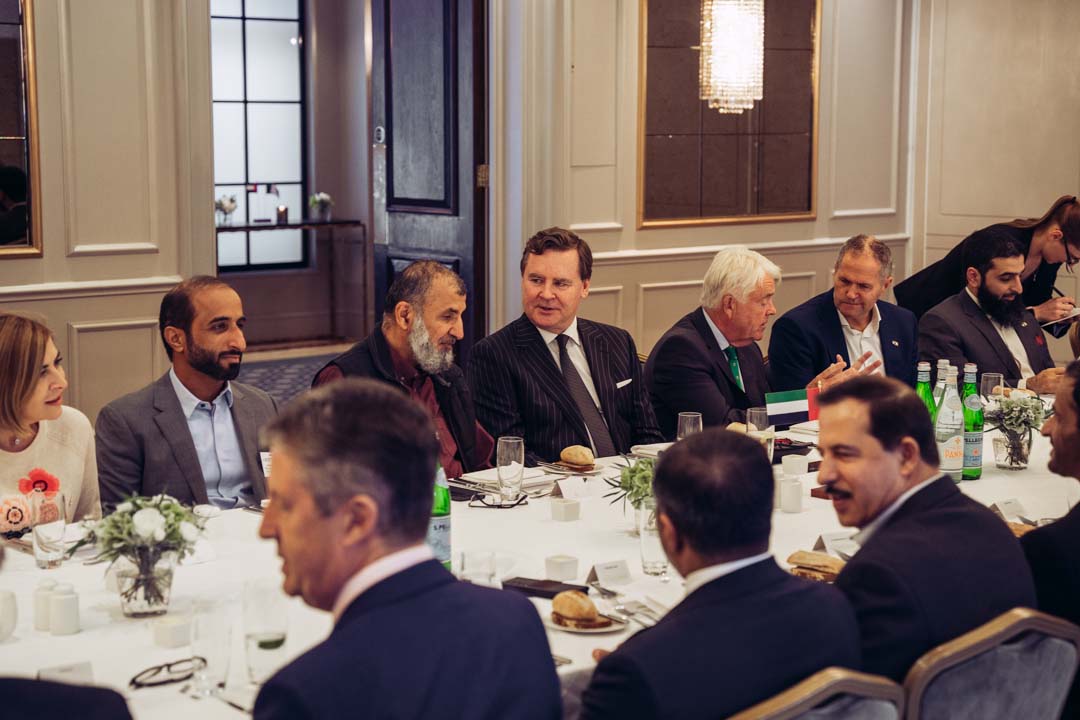